The Americans — Greatest TV drama ever made

We are living in a truly golden age of television drama. Starting somewhere about a decade ago, the American television industry started producing some extraordinary dramas, which included shows like The Sopranos, Law and Order, Six Feet Under, and who can forget Dexter. Building on this great foundation came the next generation like “The Wire”, “Breaking bad”, and Mad Men.

However, lost in the midst of all this greatness is another gem of a show, named “The Americans”. Based on the concept of Russian sleeper agents living among everyday Americans in suburban DC, the show revolves around Philip and Elizabeth, two of Russia’s elite KGB agents,and their two American born kids. Travel agents by day, and super spies by night, the couple, and their many alter-egos are upto a whole lot of mischief, stealing stealth technology, bugging Pentagon officials, infiltrating the FBI and killing off double agents, and Afghani Taliban commanders vising their CIA supporters. All this, and never miss making kids dinner. Oh by the way, there’s that occasional drink/dinner with their neighbor, FBI Agent Beeman. 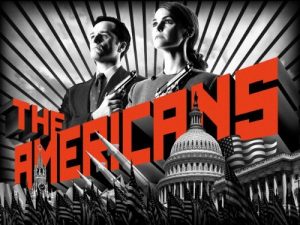 The best part of this show is the way it portrays the clash of ideologies without taking sides. Even though it was made my the Americans, actually the ultra right wing Fox network to be precise, the creators managed to keep the show honest and real. The Russian characters were shown believing in their hearts, the virtue of the “cause”. The equality of all men and women and fair redistribution of resources. To this end, they are willing to take any means necessary. Determined to stop them are the dedicated agents of the DC counter intelligence bureau who in most cases are always a step behind. While all this is going on, the couple’s adolescent girl is having an identity crisis,and growing suspicions about her parents. 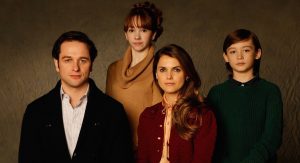 So without going into any given episode, or even season for that matter, I think this is perhaps the best damn show ever on television. Filled with genuine emotion, suspense and heart-pounding action sequences in almost every episode, this show has you on the edge of your seat every minute of it. To make it appear really authentic,all the Russian characters were cast by actors from Russia, and they only speak Russian among themselves. None of that artificial Russian accent crap from other shows and movies where they speak in broken English among themselves. The writing was so gripping, and the acting is made for textbooks in acting courses.

However, this is still a TV show, designed to captivate us and get us hooked. So, obviously there is a lot of dramatization, and artistic licenses being taken. Intrigued by what I saw on this show, and nostalgic of all the translated Russian literature I’ve read growing up in India, I researched how much of the stuff on this show is real. Turns out, not a whole lot. So, the show is gripping as hell, highly entertaining, and even thought provoking, and in some cases a history lesson. What this show is not, is a course in espionage.

The key thing about cold war era soldiers and the intelligence community, was the value they placed on human life. Apparently, even spies from rival countries, don’t even dream of hurting each other. It’s just the way it is, an unstable equilibrium of sorts. The KGB and the CIA fought many a proxy wars, in Vietnam, Korea and Afghanistan, but remarkably enough, there was no record of any assassination of agents on either side. It must have taken a tremendous amount of self-control, discipline, and a respect of human life, for them to have done this. I say this based on what I’ve read in the war archives and the public domain knowledge. There was no record of any assassinations on US soil by any Russian operatives, and most likely, it was the other way round too. To add to that, neither side went after ordinary citizens, even in high profile jobs, because they were not considered fair game. All of this runs counter to what we are show on the Americans.I’d say that’s where the creative licensing kicks in. No one is going to watch the show if the lead characters spend their entire lifetime collating and sending reports. So what we get instead was an exaggerated version of two powerful enemies trying to outwit and outwit each other, and because of the weapons they had, those games would have escalated to bring about the end of the world.Even after knowing its overly dramatized, it still feels fascinating to watch the characters engage in this high stakes game. Also, I personally believe that the early era communists truly believed in their heart that human condition can be improved by wealth redistribution, and this proves they have great lofty ideals. However, the reality turned out to be quite different, but their intent was truly benevolent. 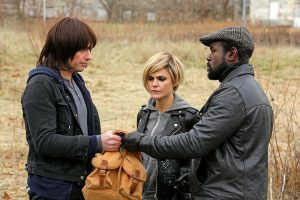 Another aspect of the show I really liked is that it shows us how the people in the intelligence business have to sometimes do heartbreaking things in the name of greater good. They have to suppress their sense of morals, break every shred of innate human decency for the advancement of their ideal of greater good. The characters are shown killing innocent by-standers and call them collateral damage, entrap beautiful vulnerable women, and pimp them to another powerful man, and on and on. One particularly disgusting thing Phillip has to do was to flirt with a girl no older than his own daughter, and eventually sleep with her, just so he gets access to her CIA father’s files. Matthew Rhy’s toned down performance in these scenes was so good that you almost feel bad for the guy. Phillip is so disgusted by what he is doing to this girl, yet he endures it so he can collect that vital intelligence for his motherland. 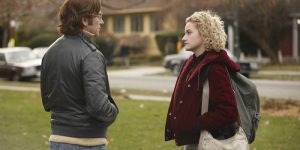 If you haven’t watched the show so far, please give it a go right away. If you are into spy thrillers, and world politics, you would really enjoy this show. I can’t recommend this enough. Do let me know if you liked the show!!