We Own This City — HBO

I found out about most TV hits from other people, long after they have become hits. The Wire, Breaking Bad, Weeds etc. were well known in the popular lore before I tried their first episodes. Yes, I loved those shows, and I have enjoyed them immensely, but that experience still didn’t come close to the euphoria I felt when I finished watching the very first episode of the new HBO drama, “We Own This City”. 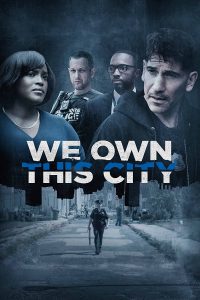 This Friday, I was going through what was on offer on my local streaming service, looking for an action movie to kill some time before bed. After trying a few of them for about five minutes each, I felt dejected and desolate. I then saw this title, and I actually mistook it for a movie with a similar name, “We own this town”. So I thought I will give it a whirl, but instantly realized it was actually a new TV show based on the Baltimore PD.  Just the opening credits themselves were so well done that I was hooked immediately.

Yes, the themes are familiar, Baltimore’s drug gangs, inordinate numbers of blacks in jail, violent streets etc. But, what’s different is, it deals with the aftermath of “Freddie Gray” indictment, and how the locals and police are acting differently in the new reality of police accountability. But it also shows how certain elements of police still run the city like government sanctioned thugs and break the law with impunity. In addition to this, most of the cops still don’t get the memo on civil rights, racism and police brutality, and its either their way or the highway. 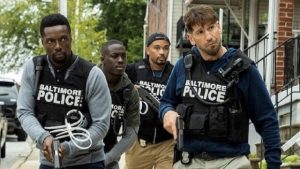 I have only watched the first episode, and it was pure ecstasy. The acting, the direction, and the screenplay everything were top-notch and I am sure its going to be another amazing drama.

And get this, I am not basing any of my feelings or opinions about the show based on shows makers. At this point, I didn’t know. When the final scene of the episode ended, and the credits started, then I saw David Simon’s name. The show is based on a book (Same name as the show) by renowned journalist Justin Fenton, but the show has heavy influences from Simon’s work. Then it all made perfect sense. The man who gave us the greatest TV drama ever made, “The Wire” is making this one. So, now wonder it turned out to be an instant masterpiece.


Notice: Trying to get property 'id_base' of non-object in /home/p1fqwbda6sjg/public_html/reviewstuff.com/wp-content/plugins/responsive-lightbox/includes/class-frontend.php on line 1378