Unless you are living under a rock, you most likely have watched the whirlwind tour of India’s prime minister Modi to the Silcion Valley in the US. PM Modi, a visionary in his own right, has come up with a bold new initiative to bring India on par with the rest of the world in terms of  technology, internet and web based services. Leaders from tech giants like Google, facebook etc. have tripped each other trying to impress him and most Indians have been singing praises for their leader and his plans. I am sure you have seen the tri-color filtered profile pictures on Facebook by now, when everyone is proclaiming their support for “Digital India”. Its very infuriating to see people falling for these marketing gimmicks without understanding the facts behind them, and publicity loving Indian celebrities were very quick to jump on the “digital India” bandwagon. 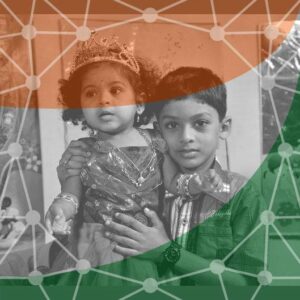 I personally think it is wonderful that the leadership of the country is taking initiative and trying to bring an entire nation on par with the developed world. Things have improved drastically since the dawn of the internet era in India. Banks, including public sector ones, retailers,  transportation industry, investment companies etc have slowly adopted web and most are offering almost all of their services online. What used to take a two hour trip to the local branch of bank to send money to a friend can now be done in under a minute, and it is amazing that technology has changed the user experience in a positive way.  To those of you from the West who are used to online transactions for almost a decade, this may sound silly bragging about this now, but Indian banks have only ramped up their online services in the past few years. In addition to that a lot of private players, home grown mind you, like FlipKart, Paisapay, etc. have become powerful players in retail, payment gateways, airline bookings etc. with no help from government. This has led to  a great deal of improvement in lifestyle of many Indians. India, which has benefited financially by the software services boom in the past two decades, mostly servicing customers from the developed world, has matured enough to provide some of the benefits to its own people. Modi’s Digital India, is the culmination of that process, with government taking an active role and putting it’s weight behind this “last mile” effort if you will, to ensure the benefits of the digital economy are shared by the entire country.

At the outset, this all sounds very promising. However, the ground reality is vastly different from the carefully crafted marketing message coming from Modi’s team. All the benefits mentioned above, are, so far, only enjoyed by Indians living mostly in metropolitan cities. Some living in tier-2 cities also benefit from these services, but rural and semi-urban users, who constitute 80% of India’s total population are still left behind. The main culprit behind that is the fact that broadband services offered in these areas are substandard, unreliable, notoriously slow and often go out completely for days at a time. Although there are some private broadband providers who are trying change this situation, the dominance of the state-owned BSNL, which owns the copper and the fiber infrastructure in all of India is preventing them from doing so. BSNL is a vestige of a bygone era, a vast monopolistic  bureaucracy, which only exists because the government is too afraid to rattle the unions.  Not only do they own the network, but they refuse to share it with other providers, there by denying any other players in the ADSL, ADSL2, and ADSL2+ services. Most private companies that provide broadband in India, actually run Ethernet cables straight to the end users’ homes, there by limiting the speed and bandwidth they can provide. If BSNL do a good enough job at providing broadband services, this monopoly wouldn’t be such a bad thing, but their service is truly awful, customer service is almost non-existent, and their so-called engineers and technicians haven’t skilled up since the 80s and they don’t know what internet is. I kid you not, I have personally experienced the joys of dealing with them myself, and if they continue with the same level of service, and same attitude towards their customers, quality broadband will be forever denied to the Indian public, and by extension, any dreams of a digital India will remain dreams to be never fulfilled.

You can stop reading at this point, as what follows next is just a case study in dealing with BSNL and may not necessarily interest you.

My family home in India is a mere 1 KM away from the nearest telephone exchange. So technically we are supposed to the get the maximum speed of ADSL2+ technology. We have been customers of BSNL for almost 8 years now, and have started with their dial-up, then upgraded to ADSL2+ in the recent years. However, since my parents only used it to do skype calls with us here in Australia and my sister in India, we didn’t sign up for the faster, high bandwidth options, so we were quite content with the service. However, when I went home for a one-month trip, and wanted to also get some work done while I am there, I signed up for slightly more expensive, high speed option which is supposed to be 8Mbps/2Mbps. The upgrade process itself was quite easy, just log on to your BSNL account, and change your plan. The new plan comes into effect with in a few hours according to what it shows on my portal. Except that it doesn’t.  When I noticed that my speed hasn’t changed even after my profile says it has, I tried to engage the brilliant customer service reps of BSNL.  This is where I had the most frustrating encounters of all my life, dealing with uninformed under skilled staff starting from the lowest level “line technicians” all the way upto engineers.

My first call was to my local telephone exchange, where the guys answering the call would tell me that they only deal with issues related to the voice line. For everything else, I need to contact the customer support number mentioned on the website. At this point, I don’t blame the guys because, they were very honest. They informed me that they were not trained to deal with broadband issues, and their skills haven’t been upgraded since the day they joined their jobs some 20 years ago. Here, I am sympathetic to the individuals, but very frustrated with the company. How do you expect to deliver a quality product or service, if you don’t have the proper training to the people who are supposed to be doing bulk of the work.

So, my next step was to contact the toll free number, and had to spend 15 minutes explaining what I mean by download speed to a guy. He keeps asking me what I meant by “Slow download speed”. Biting my tongue, I asked the guy to connect me to a senior engineer in my area,  he gave me two phone numbers to call, and they were supposed to be the local technical support numbers. When I called those numbers, I was told that both these numbers are now allocated to private residences, because, the guys who were manning those lines retired, and wanted to keep those numbers. I KID YOU NOT. So, the numbers given to my by the BSNL representatives were not meant for customer service. Out of sheer frustration, I called the central office and asked for the numbers again, and I got the same exact numbers again. To add salt to my wounds, the guy hung up the phone immediately after reading the last digit of the second number.

Then I thought I should give the “submit complaint” option on BSNL portal to get my problem resolved. After filling in all fields required to register a complaint, the BSNL customer support team, mysteriously decides to close the ticket without doing anything. This was the mind boggling part of the whole exercise. I have given my mobile phone as my contact info, but they never called it once. When I register a complaint, I do get an SMS from an automated system, but I have never received a call from anyone regarding my complaints. Typically after a couple of days, I get a ticket closure and issue resolved SMS, when in reality nothing has happened. This has happened three times and each time, the guys simply closed the ticket without doing any work. After the third time though, the local exchange guys pays a visit and tells me he will ask his seniors for advise, and that’s about it. Never heard from him or his boss again. See the pictures attached with screenshots of my complaints.

All along I was checking the web to see if anyone else has similar issues with BSNL, and a quick google search revealed how much people despise BSNL and their atrocious service. I did find an answer to my query, that in addition to changing my broadband plan, I have to ask the BSNL staff to update my profile. There is a flag on BSNL’s systems which restricts users to 2Mbps ( no idea why) irrespective of their broadband plan, and only a manual override will open the accounts to the full agreed speed. And this manual override is not an automated step like one would expect, but the users have to take it upon themselves to call them and get it done. However, the answer from 9 out of 10 guys who answer the phone at BSNL is that they don’t know what I am talking about. I had to call their office  repeatedly, at least 20 times, ( not making it up) to get my issue resolved. Here are some of the amusing responses.

“Sir, I am paying for an 8Mbps/2Mbps connection, but only getting 2Mbps”, their response was “In that case you are wasting money, go to the portal and downgrade your plan”

“Sir, blah blah blah, slow internet”, his repsonse, “2Mbps is very fast, you can still check your email, right. nothing much I can do”

“I already did sir”, his response, “Call them again”.

PS: at the time of this writing, my one month vacation in India is over, and the broadband connection is still locked at 2Mbps download.