This is a classic example of the phrase “weakest link”, a 50 cent mechanical device failing a state-of-the-art electronics device. I was one of the early adopters of the 802.11AC protocol router from Asus, and I was extremely happy with its workhorse performance over the last 18 months or so. I mean, I can write an entire article raving about its features like built-in VPN server, QOS, and its theoretical 1300 MBPS dual channel speeds and what not. However, this article is about a lesson in quality control for high tech devices, and how easy it is to overlook relatively smaller issues which could undo all the hard work and intelligence built into the system.

I noticed this problem last week, when I lost all wireless connectivity in my house one Saturday afternoon. I ran to the computer room, and noticed that the router was turned off, which I found really bizarre as I don’t ever turn it off. I suspected it must have been some sort of power surge which caused the router to shut itself, and promptly tried to turn it on back by pressing the power button. However, the spring mechanism of the router has given out, and the switch refuses to stay in the on position. This is now a case of a 50 cent spring, killing the functionaity of a 300 dollar router. Phew.

Now, my only option was to send it back to the manufacturer and ask for a warranty/replacement. This could take anywhere from two to four weeks, and I was in no mood to wait that long, nor to dust off my old router and use it in the meanwhile. So, I remembered my dad’s advise from my childhood, that an engineer should be able to use any and all objects at his disposal to get the job done, and should never ever wait for “perfect/brand name” items as far as possible. So, I looked around in my house, and did a bit of thinking, and did this. 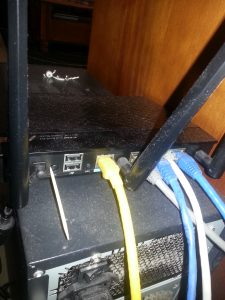 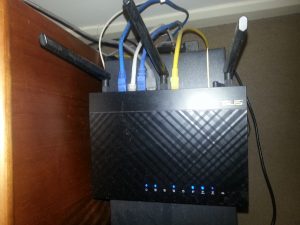 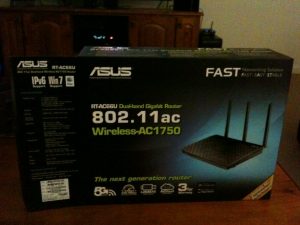 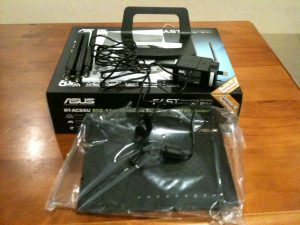 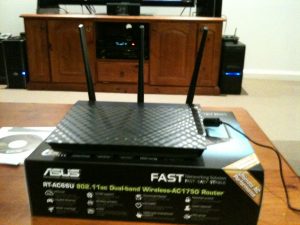 The biggest decision I had to make was chosing between sticky tape and the toothpick. Sticky tape sounded like the obvious choice, but because of the heat generated by the router, it will melt the gum away and the switch will turn off every now and then, but the toothpick will stay rock solid, but will literally stick out like a sore thumb. But, thankfully it will be hidden in the back, and in this case function beat aesthetics.
All my ramblings aside, it got me thinking as to why some devices still have machanical switches on them. Most electronics manufacturers have stopped using them, you don’t see them on TVs, Bluray players etc, and maybe its a good idea to abandon them completely.