Why Pokemon Go turned out to be the best tactical move against Facebook by Google!!

Unless you are living under a rock, its impossible that you haven’t not heard of the Pokemon go phenomenon that took over the world these past couple of weeks. Millions of grown men are  reliving their childhood, chasing  little monsters, by walking with their phones scanning the streets for poke-stops and poke-gyms.  There were instances of rioting at some of these locations where 100s of people wanted to get a piece of the augmented reality of real physical places made part of the virtual game. Police are pulling over idiots who are driving while picking up pokeballs, real estate agents are jacking up prices for places in the vicinity of prime pokestops, the whole thing is surreal. Some experts are calling Pokemon Go a truly watershed moment in the next generation of gaming.

However, lost in the sweet chaos of all this is the fact that this is one of the best social things that Google has come up with, and the game is not even social yet. Tech Savvy people would have immediately noticed that this game needs players to have a google account. Its free of cost, but you should still be a google account holder. Then, it doesn’t integrate with any other social platform like candy crush which  worked exclusively on  Facebook. I think, this is where the tactical thinkers at Google hit a goldmine. By making the game to be exclusively for google account holders only, Google has forced an enormous numbers of people to sign up to their services. This will eventually lead to those users starting to use google services like mail, calendar, storage etc. So, millions of potential new customers.

Next is the unprecedented interest it generated in google again. Google was hip once, it still is to many people, but there  is nothing exciting that came out of Google recently, and Pokemon Go has changed it. Try putting a dollar value on this marketing juggernaut. 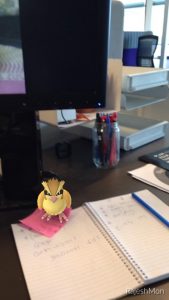 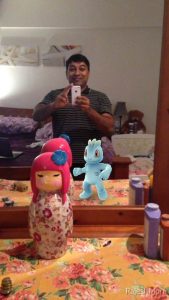 Lastly, and I think this is the real killer outcome of this whole thing, is the effect its having on Facebook usage. The way Pokemon hijacks your phone, with your permission too, means you can’t be doing anything on Facebook while you are playing the game. You need to leave the game in the foreground, often waiting for a poke-monster to appear, so that you can capture them. If not doing that, you should still be on the go visiting poke-stops to collect poke-balls and potions. Also, unlike other games, Pokemon Go is not a very active game. You don’t get to do much on a regular basis, but are forced to wait for creatures to appear on your game, or go looking for them. Translation, your phone is taken over by the game, as you have to leave the game running on foreground, not being able to do much else.

All of this means you are not logging on to Facebook. I am sure there are some really worried souls at Facebook scrambling to get their usage back up to their normal state. With more and more media coverage, like the video of huge crowds in New York’s central park, there will be an increasing number of people jumping on the Pokemon Go bandwagon in the coming days. All these users will reduce their Facebook usage, if not stopping it altogether at least in the earlier stages. God forbid if Google come up with a way for users to share and do multi-player gaming, like Candy-Crush ( remember all those requests for life and unlocks that clogged your Facebook feeds last year?), it will be serious trouble for Facebook. They have been enjoying a relative monopoly in social media, but if google somehow harnesses the success of this game into a bigger social media coup, then Facebook could be looking at a worthy opponent all of a sudden.

Like I have always said, I admire google for the way they changed the course of our world. They did lose out on the social media platform wars but this could be their chance. Kudos to everyone at Google and Niantic for bringing this seemingly innocuous fun little game and challenging Facebook’s superiority in social media.