Kingsman 2 : The Golden Circle — A refreshing breath of fresh air

I haven’t written a movie review in a very long time because, let’s face it, there isn’t a movie worth reviewing. Amidst the constant stream of superhero franchises churning up the same old shitty formulaic action films year after year, and the sappy Oscar bait movies from time to time, Hollywood has bored me to death. Seriously, name one movie in the past five years that you could say was a god honest interesting movie. May be Nolan’s interstellar comes to mind, but that’s about it. Anyway, I saw the first installment of Kingsman on a plane home to India, and was pleasantly surprised at the simplicity of it all. It was an out and out action film which doesn’t pretend to be anything else. A  strong and powerful man with a kick-ass team of equally powerful agents, out to save the world. Raw and inspiring, and I loved it.

So when the second installment was announced, I must say, I couldn’t wait for it to come out.  I watched it a couple of days ago, and I have to say I loved  it more than the  original. Here is my review.

The best thing about part 2 of this movie is the amazing cast that brought so much variety and depth to it.  The  plot-line required that the  movie has more American stars in it, and every single one of them brought their A-game to the show. The two best roles of the film, Poppy played by my personal favorite Julianne Moore, and Champ, by Jeff Bridges remind us why we love action films in the first place. I am not going to list the stars here, but trust me, they all did a spectacular job and every frame of the  film shows it. 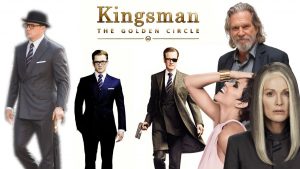 The movie itself was a high-octane thriller. At no point does it slow down in the least bit, with a perfect balance of action sequences, interspersed with drama and plenty of comedy to boot. Julianne Moore’s Poppy steals the  show. She is the best villain I have  seen in recent years. An out and out Sociopath drug kingpin, yet a movie loving, nostalgia laden, apron wearing hostess. Her evil plan to take over the world and legitimize her drugs business puts her directly in collision path with Kingsmen. She decides to make the first move, and suddenly we have a war on our hand. The ultra-conservative American president who decides to rid the world of drug users doesn’t make things easy for anyone. This rich, multi-dimensional story line and its superb execution by the director Mathew Vaughn makes this movie a thoroughly enjoyable entertainer. 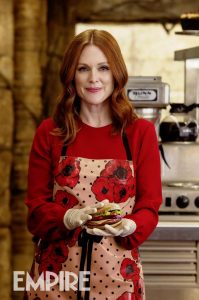 As I’ve already mentioned, the cast’s performance was near perfection. Julianne Moore managed to send chills up my spine with her very sensual smile, even when she was butchering her errant henchmen. Her back and forth with a certain celebrity playing himself (will leave it a surprise for you to enjoy first hand) was crafted very well and added to the  thrill of the  film. Oscar winner Halle Berry was very underutilized but may be she will have  a bit more in the next film. The original stars Colin Firth and Taron Egerton had their own moments through out the movie, but the show belonged to Julianne Moore. Take my word for it.

This is one of those movies where things just come together and work. In addition to the very captivating story line, and great acting, a very engaging background score was the icing on the cake. My favorite country song “Country Roads” was the theme song, coming up prominently during the second and third acts. I have never heard this orchestral style rendition of Country roads before, and it was a pleasant surprise the way it lifted the film. I couldn’t help humming the tune as it was being blasted in the cinema’s very loud speakers. 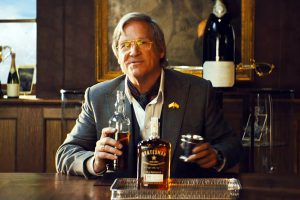 Bridges delivered a short but fun version of Whisey!!

All said, this was one heck of an action flick, one you shouldn’t miss if you love the genre. Even if you are not into action flicks per say, you could still enjoy the many other aspects of this film. It is a very entertaining, engaging and fun filled outing, which is becoming sort of  rarity at the cinemas these days. Do Not Miss It.