Some little known facts about sneakers!!

I was flipping through an issue of Reader’s Digest I got my uncles collection, and there was a new section called “who knew”. Maybe, this isn’t even that new as I haven’t read the Indian edition of RD in a long while. Anyway, this particular issue had a nice little article about sneakers, and here is the condensed gist of that article. It was very amusing and informative, trust me.

Firstly the name “Sneakers” was a marketing gimmick coined by the legendary ad guru, McKinney in 1917. Guess why it is called a sneaker?? Cause it makes no noise while you are walking, as opposed to the loud sound the heel of boots make. And because it doesn’t make any sound, you could literally sneak upon your unsuspecting friends and family. Very clever, right. I have to admit, I kinda assumed this was the reason sneakers got their name, but I guess great minds think alike!! 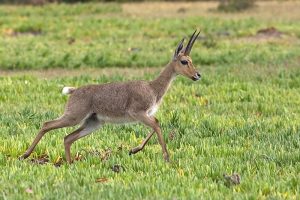 This little fella is quick on his feet, and inspired a successful brand of shoes and athletic-wear

The brand Reebok, was actually appropriated from a ridiculously fast African antler. Apparently, the owners of the company received an English dictionary, and when he looked up the name of the animal, he found Rhebok. However, the dictionary he received was actually a South African one, in their  local language Afrikaans, and what is “Rhebok” in regular English, is actually spelt Reebok in Afrikaans. Funny how that little bit of difference gave us a more easy-on-tongue name, and helped launch an extraordinary brand of athletic-wear.

Another successful brand, Adidas, is a combination of names Adi (nick name for Adolph) and Dassler. Adolph and his brother Rudoplh, and no, I am not making this up, those were their names, started their shoe company in their mother’s kitchen, somewhere in Germany. They had a falling out and the younger brother started his own brand, Puma. Puma is the name of a large African wildcat, and Rudolph probably took a leaf out of the Reebok book when he came up with that name.

The most surprising of all shoe names, for me at least, was Bata. 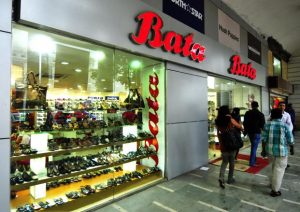 Bata is such a popular household name in India. We all grew up wearing their shoes, slippers and Hawaians

Growing up in India, it is impossible for us to escape the Bata brand name. To this day, perhaps because of the resemblance to another Indian industrial giant Tata, I can guarantee 99% of Indians think Bata is an Indian brand. Turns out, it was actually a company started in Czechoslovakia by Tomas, Anna, and Antonin Bat’a. However, this company deserves praise for providing affordable and top quality footwear to literally billions of Indians. The company is now head-quartered in Switzerland. Someone should really tell them it belongs in Mumbai.

There is only a bit of information about the name Nike derived from Greek Goddess for Victory, but it wasn’t as interesting to read as the ones above. Thank you RD for a fun and informative story.