My role in the Sydney Lindt Cafe reenactment for 60 minutes

Channel 9 ran an exhaustive in-depth show about the Sydney siege as part of their 60 minutes season opener. I had a non-speaking part in that show, and I should say I feel very fortunate that I was involved in the effort to tell the world what happened inside that cafe that dreaded day.Although its not a role with lots of screentime, the fact that I am involved in a creative arts project with such prominence, made it worth my while. Here is to hoping I get a few more chances to showcase my acting skills in future. 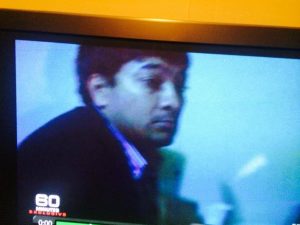